When we talk about English, we often think of it as a single language but what do the dialects spoken in …(1)…of countries around the world have in common with each other, or with the …(2)…of Chaucer? And how are any of them related to the strange words in Beowulf? The answer is that like most languages, English has evolved  through …(3)…of speakers, undergoing major changes over time.
By …(4)…these changes, we can trace the language from the present day back to its ancient roots. While modern English shares many similar words with Latin-derived romance languages, like French and Spanish, most of those words were not originally part of it.
Instead, they started coming into the language with the Norman invasion of England in 1066. When the …(5)… Normans conquered England and became its ruling class, they brought their …(6)…with them, adding a massive amount of French and Latin …(7)…to the English language previously spoken there. Today, we call that language Old English. This is the language of Beowulf. It probably doesn't look very familiar, but it might be more recognizableif you know some German.
That's because Old English belongs to the Germanic language …(8)…, first brought to the British Isles in the 5th and 6th centuries by the Angles, Saxons, and Jutes. The Germanic dialects they spoke would become known as Anglo-Saxon.

Viking invaders in the 8th to 11th centuries added more borrowings from Old Norse into the mix. It may be hard to see the …(9)…of modern English underneath all the words borrowed from French, Latin, Old Norse and other languages. But comparative linguistics can help us by …(10)…on grammatical structure, patterns of …(11)…changes, and certain core vocabulary. For example, after the 6th century, German words starting with “p”, systematically shifted to a "pf" sound while their Old English counterparts kept the "p" unchanged.
In another split, words that have "sk" sounds in Swedish …(12)…an "sh" sound in English. There are still some English words with "sk” like "skirt," and "skull" but they're direct borrowings from Old Norse that came after the "sk" to "sh" shift.
These examples show us that just as the various Romance languages descended from Latin, English, …(13)…, German, and many other languages descended from their own common ancestor known as Proto-Germanic spoken around 500 B.C.E.
Because this …(14)…language was never written down, we can only reconstruct it by …(15)…its descendants, which is possible thanks to the consistency of the changes.We can even use the same process to go back one step further, and trace the origins of Proto-Germanic to a language called Proto-Indo-European, spoken about 6000 years ago on the Pontic steppe in modern day Ukraine and Russia.

This is the reconstructed …(16)… of the Indo-European family that includes nearly all languages historically spoken in Europe, as well as large parts of Southern and Western Asia. And though it …(17)… a bit more work, we can find the same systematic …(18)…, or correspondences, between related words in different Indo-European branches.
Comparing English with Latin, we see that English has "t" where Latin has "d", and "f" where Latin has "p" at the start of words. Some of English's more distant relatives include Hindi, Persian and the Celtic languages it displaced in what is now …(19)…. Proo-Indo-European itself descended from an even more ancient language, but unfortunately, this is as far back as historical and archaeological …(20)… will allow us to go.
Many …(21)… remain just out of reach, such as whether there might be a linkbetween Indo-European and other major language families, and the nature of the languages spoken in Europe prior to its …(22)… But the amazing fact remains that nearly 3 billion people around the world, many of whom cannot understand each other, are nevertheless speaking the same words shaped by 6000 years of history. 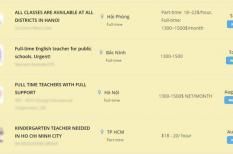 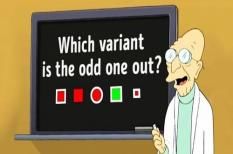