1.1. Mark the letter A, B, C, or D to indicate the word or phrase that is CLOSEST in meaning to the underlined part in each of the following questions.

Câu 1: He was asked to account for his presence at the scene of crime.

Câu 2: The teacher gave some suggestions on what could come out for the examination.

Câu 3: I’ll take the new job whose salary is fantastic.

Câu 4: I could see the finish line and thought I was home and dry.

Câu 5: Carpets from countries such as Persia and Afghanistan often fetch high prices in the United States. Câu 6: Though many scientific breakthroughs have resulted from mishaps it has taken brilliant hinkers to recognize their potential.

Câu 7: The shop assistant was totally bewildered by the customer's behavior.

Câu 8: He didn't bat an eyelid when he realized he failed the exam again.

Câu 9: Ralph Nader was the most prominent leader of the U.S consumer protection movement.

A. come without knowing what they will see B. come in large numbers

C. come out of boredom D. come by plane

Câu 11: Around 150 B.C. the Greek astronomer Hipparchus developed a system to classify stars according to brightness.

Câu 12: She is always diplomatic when she deals with angry students.

Câu 13: Roget's Thesaurus , a collection of English words and phrases, was originally arranged by the ideas They express rather than by alphabetical order.

A. restricted B. as well as C. unless D. instead of

Câu 14: With the dawn of space exploration, the notion that atmospheric conditions on Earth may be unique In the solar system was strengthened.

Câu 16: This tape stry has a very complicated pattern.

Câu 17: During the Great Depression, there were many wanderers who traveled on the railroads and camped along the tracks.

Câu 18: We decided to pay for the furniture on the installment plan.

Câu 19: The last week of classes is always very busy because students are taking examinations, making applications to the University, and extending their visas.

Câu 20: The drought was finally over as the fall brought in some welcome rain.

Câu 21: When their rent increased from 200 to 400 a month, they protested against such a tremendous increase.

Câu 22: In1952,Akihito was officially proclaimed heir to the Japanese throne.

Câu 23: The augmentation in the population has created a fuel shortage.

Câu 24: If we had taken his sage advice, we wouldn’t be in so much trouble now.

Câu 25: A mediocre student who gets low grades will have trouble getting into an Ivy League college.

Câu 26: The politician’s conviction for tax fraud jeopardized his future in public life.

Câu 27: This is the instance where big, obvious non-verbal signals are appropriate.

Câu 28: He had never experienced such discourtesy towards the president as it occurred at the annual meeting in May.

Câu 29: Parents interpret facial and vocal expressions as indicators of how a baby is feeling.

Câu 30: The law applies to everyone irrespective of race, creed, or colour.

A. disrespectful B. regardless C. considering D. in spite

Câu 31: His patents completely believe in him. He can do things at random.

Câu 32: Have you ever read about a famous general in Chinese history who was very incredulous?

Câu 33: The organization has the authority to manage and regulate new and existing free trade agreements, to supervise world trade practices and to settle trade disputes among member states.

Câu 34: With its various activities, the Camp has set up a stronger regional identity by raising youth’s awareness of Southeast Asia’s history and heritage.

Câu 35: All the presentations and activities at the ASEAN Youth in January 2006 Camp echoed that theme named “Water and the Arts”.

Câu 39: During the earthquake, a lot of buildings collapsed, which killed thousands of people.

A. went off accidentally B. fell down unexpectedly

Câu 40: My mom is always bad-tempered when I leave my room untidy.

A. feeling embarrassed B. talking too much

Câu 41: Smoking has been banned in public places in some countries.

A. made illegal B. limited C. restricted D. given way

Câu 42: Sometimes when I hear the news, I feel very miserable.

Câu 43: A woman had a narrow escape when the car came round the corner.

A. was hurt B. was nearly hurt C. ran away D. bumped into the car

Câu 44: The rocket steepened its ascent.

Câu 46: There was nothing they could do but leave the car at the roadside where it had broken down.

A. except B. instead of C. than D. unless

Câu 47: The boy was brought up with a family in the countryside.

Câu 48: Snow forced many drivers to abandon their vehicles.

Câu 49: The law applies to everyone irrespective of race, creed, or colour.10

A. disrespectful B. regardless C. considering D. in spite

Câu 50: His patents completely believe in him. He can do things at random.

2.1. Mark the letter A, B, C, or D on your answer sheet to indicate the word or phrase that is OPPOSITE in meaning to the underlined part in each of the following questions.

Câu 1: Because Jack defaulted on his loan, the bank took him to court.

A. failed to pay

B. paid in full

C. had a bad personality

D. was paid much money

Câu 2: His career in the illicit drug trade ended with the police raid this morning .

Câu 3: The government is not prepared to tolerate this situation any longer.

A. look down on

B. put up with

C. take away from

Câu4: I clearly remember talking to him in a chance meeting last summer.

Câu5:The International Organizations are going to be in a temporary way in the country.

Câu6:The US troops are using much more sophisticated weapons in the Far East.

C. simple and easy to use

Câu7:In remote communities, it's important to replenish stocks before the winter sets in.

Câu8:There has been no discernible improvement in the noise levels since lorries were banned.

Câu 9: She had a cozy little apartment in Boston.

Câu 10: He was so insubordinate that he lost his job within a week.

Câu 11: There is growing concern about the way man has destroyed the environment.

Câu12: Fruit and vegetables grew in abundance on the island. The islanders even exported the surplus.

Câu 13: During the five- decade history the Asian Games have been advancing in all aspects.

Câu 14: The distinction between schooling and education implied by this remark is important.

Câu 15: A chronic lack of sleep may make us irritable and reduces our motivation to work.

Câu 16: Population growth rates vary among regions and even among countries within the same region.

Câu 17: Unless the two signatures are identical, the bank won’t honor the check.

Câu 19: It was apparent from her face that she was really upset.

Câu 20: My cousin tends to look on the bright side in any circumstance.

Câu 21: There has been no discernible improvement in the noise levels since lorries were banned.

Câu 22: He decided not to buy the fake watch and wait until he had more money.

Câu 24: There are several different kinds of faults in reading which are usually more exaggerated with foreign learners.

Câu 25: Whatever the activity level, all types of hobbies can require high levels of expertise.

Câu 26: We offer a speedy and secure service of transferring money in less than 24 hours.

Câu 27: There is growing concern about the way man has destroyed the environment.

Câu 28: Solar energy is not only plentiful but also infinite.

Câu 29: His replies were inconsistent with his previous testimony.

Câu 30: We are now a 24/7 society where shops and services must be available all hours.

A. an active society

B. an inactive society

Câu 31: A chronic lack of sleep may make us irritable and reduces our motivation to
work.
A. uncomfortable

Câu 32: We'd better speed up if we want to get there in time.

Câu 33: She is a very generous old woman. She has given most of her wealth to a charity
organization.

Câu34: Her thoughtless comments made him very angry.

Câu 35: We left New York when I was six, so my recollections of it are rather faint.

Câu 36: My first impression of her was her impassive face

Câu 37: She wrote me a vicious letter.

Câu 38: We are very grateful to Professor Humble for his generosity in donating this
wonderful painting to the museum.

Câu 39: He didn’t seem in the least concerned for her safety.

Câu 40: Fruit and vegetables grew in abundance on the island. The islanders even
exported the surplus.

Câu 41: There is growing concern about the way man has destroyed the environment.

Câu 42: Population growth rates vary among regions and even among countries within
the same region.

Câu 43: In some countries, the disease burden could be prevented through environmental
improvements.

A. something to stiffer

D. something to entertain

Câu 44: In remote communities, it's important to replenish stocks before the winter sets
in.

Câu 45: The consequences of the typhoon were disastrous due to the lack of precautionary measures.

Câu 47: Synthetic products are made from chemicals or artificial substances.

A. natural B. made by machine C. man-made D. unusual

Câu 48: As an executive director of a big company, she is a woman of extraordinary intelligence.

Câu 49: She was brought up in a well-off family. She can’t understand the problems we are facing.

Câu 50: Doctors have been criticized for their indiscriminate use of antibiotics. 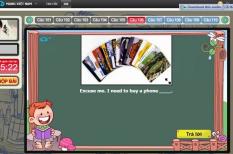 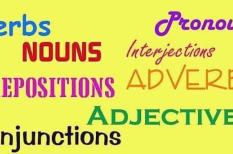 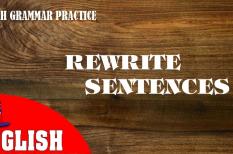 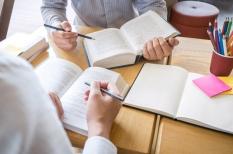